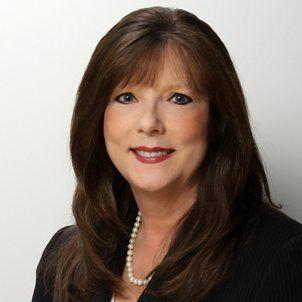 After 12 years of service to Marshall, Donna Maisel, CEcD, Executive Director of the Marshall Economic Development Corporation (Marshall EDC) publicly announced to her staff and the Marshall EDC Board of Directors that she would be retiring from her position at the end of October.

Chairman Hal Cornish led the board members in accepting Maisel’s letter of resignation with heartfelt words of thanks for her service to the EDC, to Marshall, and to the surrounding community.

“Donna Maisel is an amazing talent and a very effective economic development professional,” said Cornish. “Over the last eight years of her 12 years in Marshall as the Executive Director of MEDCO, it has been my pleasure to have worked closely with her as a member of the MEDCO Board of Directors, including the last two as Chairman. She is very knowledgeable, gifted, and talented in all areas of Economic Development.”

Cornish continued, “One of our new Marshall business owners commented publicly, that Donna’s professional helpfulness was the primary reason they chose Marshall as the place to locate their business.”

“Donna has done a remarkable job for the people of Marshall and Harrison County for the last 12 years! Our best wishes from MEDCO for a very enjoyable retirement go with her!”

Maisel, who was named one of the Top 50 Economic Developers in North America in 2019, carefully considered her retirement so as not to disrupt the positive movement Marshall has seen this year, despite the COVID-19 pandemic.

“The time for retirement is best, both for me personally and for the organization to make a transition. Much thought and consideration were given to both aspects. It was my desire to do what was in the best interest for the organization and the community,” Maisel said.

Maisel began her economic development career in Nacogdoches. After a decade of work with Nacogdoches county and city government, an opportunity arose with the Nacogdoches EDC. Maisel pursued that role with passion, building and developing her career by taking on diverse roles from writing grants, to creating educational programs, to developing retail strategies.

Her interest focused on growth in rural economies and she sought the skills to make it happen.

“I am so grateful for the community investment made in my professional development. The training enabled me to gain a greater knowledge of many aspects of economic development. It was an extremely rewarding achievement.”

As Vice President, Maisel worked extensively with small businesses and focused her efforts on best practices for rural economic development. She assisted with the creation of a city retail development program in small towns, noted statewide.

By 2008 however, the Marshall EDC Executive Director position provided an opportunity to pursue a leadership role. Unbeknownst to her, the entire landscape of the U.S. economy would change dramatically with the Great Recession.

A Crisis, A Challenge

Keith Purvis served on the board when Donna was first hired in Marshall and later served as Chairman.

“I first met Donna while attending an I-69 Corridor Project meeting in Nacogdoches on behalf of MEDCO. I was impressed with Donna’s goals and ambitions and knew she would be a great asset someday to our community. Donna and I worked closely at MEDCO looking at ways to not only retain jobs in our community but also working to bring new jobs with benefits to our community.”

Purvis continued, “Donna’s hard work and passion for our community have paid off and I am grateful for her service above self for MEDCO. I consider Donna a successful asset to our community as well as a dear close friend. She will be missed.”

As the lone economic professional with Marshall EDC, Maisel took to the task of finding ways to maintain, rebuild, and regrow portions of the local economy despite an economic crisis. She set out to navigate and forge new relationships with community leaders and local governance. It was no simple task.

By 2010, unemployment had risen to 10.5 percent as Harrison County continued to feel the stress of the recession. She focused on building a diverse economy in a rural town that could weather the financial storm and exit stronger with primary jobs and primary employers from multiple industries. By setting that goal, training new staff, and improving communication, Maisel was able to effect change.

“Marshall EDC has had a strong influence on the creation and retention of all jobs and wages in our area, however, the industries and businesses are the ones who create the jobs for our community,” said Maisel. “Private businesses make most of the investment for growth. They sustain community services by increasing the tax base. Our organization does play a legitimate and lead role as an advocate in facilitating new investment in the community through long- range activities. On one hand, we shed the best light on the city’s assets to attract business. On the other hand, we are the advocate for industry, so they make the best return. A local economy needs both community support and industry support. That cohesion helps stabilize our community’s tax base.”

Maisel has been involved in hundreds of economic and city meetings as well as hundreds of potential project proposals. A very small number of those come to fruition. Of those, some exceed expectations. Some struggle. A few memorable projects during Maisel’s tenure, where investment was made by the private sector and which Marshall EDC participated in, come to mind.

Over her last decade in tenure, Harrison County saw a gain of 13 percent in total employment for EDC focused industries, primarily manufacturing. Total wages in the same sectors saw overall growth rate of 42 percent, or 4 percent a year, well over inflation. The unemployment rate fell from over 10 percent to 4 percent by January 2020. That rate jumped during to 12.2 percent in May with the COVID-19 pandemic but has returned quickly to 7.3 percent in August of this year showing signs of recovery.

Average annual wages per worker in EDC sectors grew from $49,330 to $62,028. Per capita income, median household income, and mean household income have all increased over 15 percent during that period. Gross Domestic Product (GDP) over all sectors grew from $2.4 billion to $3.7 billion. EDC served industries within that GDP gained a market share from 61 percent to 70 percent, indicating a healthy growth in primary sector employment of 1.5 percent a year on average. During her tenure, overall industry investment totaled $262,750,000 and 1,876 jobs created.

“The business environment, private investment, utilities, partnership, unity in vision, skilled workers, and most importantly our business’s health, all play a vital part in the total GDP,” noted Maisel. “I am glad that our EDC has contributed to positive outcomes. It is so rewarding to know that our organization played a role in adding jobs available for those who need it and for growth. It is extremely rewarding when someone conveys their story on how they were able to find meaningful employment. That’s why economic development organizations exist.”

Donna’s last day will be effective October 30, being 12 years and 2 month from her arrival. She leaves the EDC Board of Directors having trained staff the same way she sought her own.

“I could not have asked for a better mentor,” said Rush Harris, Director of Business Services.

“She is a wealth of information and practical experience as well as a friend. I thank her for her efforts to advance our organization and this town. I am indebted to her focus on training professional staff. She will be missed. Marshall has benefited greatly from her knowledge and experience. She’s blazed a path for developers who come later.”

“The opportunity to serve Marshall has been extremely rewarding and a blessing,” said Maisel.

“It certainly would not have been possible without the immense support of my husband and family, the Marshall EDC Board both past and present, and the partnerships formed in the community. It takes a team effort to bring about change and growth. Every organization and everyone working together in a positive manner is what makes the difference. Leadership, proactive planning, a growth mentality, action, and a business-friendly environment are key to the community’s success and all of that is demonstrated in Marshall.”

“My family has sacrificed much for my career, especially my husband who has been my greatest advocate. The Lord has blessed me, my family, and the many years in Marshall and I am extremely grateful to everyone for their support and encouragement. I am looking forward to all the possibilities that retirement makes possible.”