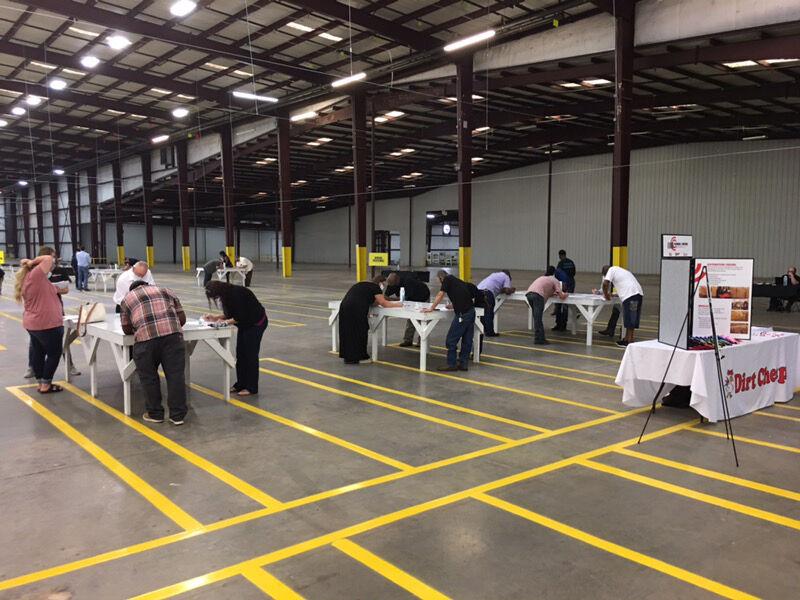 Any time 500 new jobs are added at one time in a community, great things are underway along with affecting change far and wide.

In 2020, Channel Control Merchants, owner of Dirt Cheap, announced they would be bringing 500 new jobs to town, along with $2 million of capital investment in its operation.

Dirt Cheap is the largest retailer of customer returns and marked out of stock merchandise in the United States. The business is leasing 325,000 square feet of a privately owned structure at 2938 Brown Road, to serve their retail outlets in Texas, Western Louisiana and Southern Arkansas.

“Adding 500 jobs in distribution creates new wages at the distribution center and elsewhere.  There are also job and wage gains for suppliers and service companies working with the center.  Additionally, there are gains for establishments where those employees spend their wages.  By a conservative impact estimate, if all 500 new direct jobs are added, the region is looking at wage growth from direct, indirect, and induced jobs of over $18 million annually," Marshall Economic Development Corporation Executive Directory Rush Harris said.

After hearing the capital investment and number of jobs that would be brought into Marshall, the Marshall EDC Board of Directors agreed in August 2020 to support the project by providing $255,000 in incentives for investment in signage, job fair promotion and employee retention through CCM’s Job Incentive Program.

The City Commission of Marshall unanimously approved the incentive agreement between Marshall EDC and CCM during city commission in September 2020.

“The building size, proximity to the interstate, installed utilities, and assistance with meeting workforce and operational needs were critical in deciding to expand in Marshall,” commented Carl Daniels, SVP of Supply Chain at CCM, when the company announced their addition in September 2020. “We are ready to start interviewing and hiring our team. We want to foster a strong relationship with Marshall EDC, the community and build a reputation as the best place to work in the area. We welcome the opportunity and look forward to growing a successful operation in a great community.”

“The scope of this project in investment and employment, is a tremendous opportunity for Marshall, Texas,” said [former] Marshall EDC Board Chairman, Hal Cornish. “We are grateful that an existing privately owned warehouse could meet the space needs of this project. We anticipate the promotion of more private property and development that can adequately serve the needs of new and expanding businesses.”

Almost as soon as the businesses announced their opening in Marshall, job fairs to hire employees began to occur.

The first one occurred Sept. 19, 2020, with the hiring of employees for warehouse processing, management, security, maintenance, clerical, AP/Safety, human resources, janitorial, forklift operators and truck drivers. According to John Beasley, Vice President of Human Resources, at that time, more than 100 individuals were waiting before that first job fair to apply, with more than 200 interviews handled in the first hour.

“We want to hire as many as we can and plan to hire up to 500 people in stages,” Beasley previously told the News Messenger. “We’ve had a very good turn out with a lot of good energy. We were pleased with those who applied.”

To expedite the hiring process, applicants were able to fill out an application on site, go through a background check, complete new hire paperwork and go over key points in the employee handbook.

Starting wages for the company are $10, with a $1 an hour attendance bonus for those who work at least 39.5 hours per week. There are also performance incentives built into the payscale.