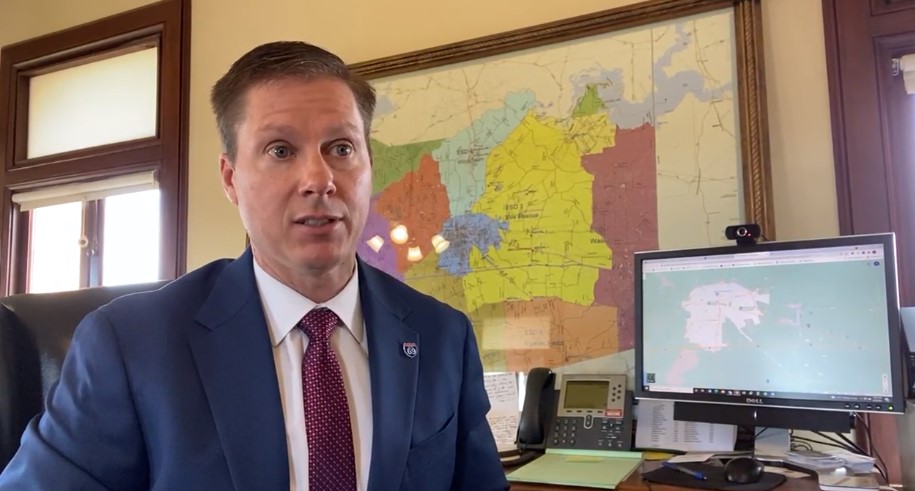 Traveling north or south through this part of the country has always been a trip with many twists and turns. Well, that is going to change. And Harrison County officials have been told a start date on Interstate 69 construction in Harrison County may be announced soon.

Anyone doing a long haul north or south through East Texas is not going to do it quickly. Highway 59 runs through many communities and traffic comes to an abrupt halt, like in Marshall. Harrison County Judge Chad Sims says the project isn’t new, but:

“The nice thing is that there’s some funding coming from the federal government for infrastructure,” Sims said.

That information came from a recent Zoom meeting with Congressman Louie Gohmert and the Alliance for I-69 Texas.

“If you’ve been to Dallas or Houston, San Antonio, wherever, you don’t have to go very far to see a lot of road construction. And it’s all after the fact, hey we got a problem, we’ve got bottlenecks, we’ve got to expand so it’s great when you’re able to foresee those problems and go ahead and expand ahead of time,” Sims said.

Construction is under way in south east Texas in Angelina and Nacogdoches counties, and some of the seven other states to the north all the way to Lake Huron in Michigan.

“It’ll be a big boost to our economy. Not just here locally but also the national economy. Because it will be moving freight from south all the way up to near the Canadian border,” Sims said.

And in Marshall their loop will be upgraded and merged with I-69 through another section of loop. And for travelers that will eliminate:

“A dozen or more red lights that they have to stop at,” Sims said.

And that is the big plan all the way along I-69. Sims thinks the corridor will:

And as far as a start date in Harrison County:

“It’s getting closer every day. But I think it may be in ’23 or ’24. They’re really starting to look at doing some groundbreaking work that then we’ll begin to see some progress,” Sims said.

Judge Sims says in the coming weeks TXDOT will be communicating with Harrison County officials with the latest information on the project.