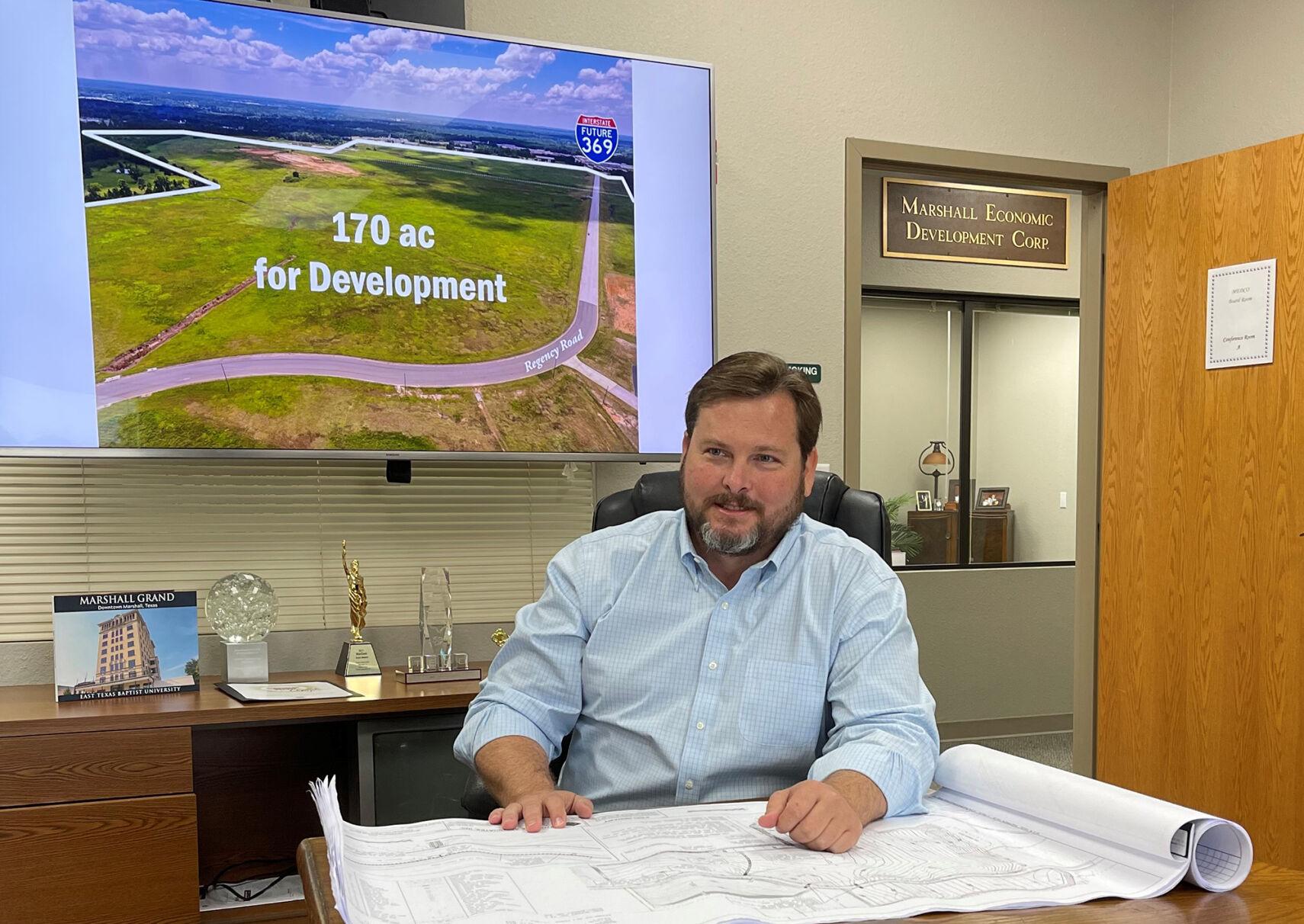 The Marshall Economic Development Corporation (Marshall EDC) has been given the green light to start the next development phase of their very own Marshall Business Park.

The Marshall Business Park is located along the future I-369 corridor on existing Loop 390 and Highway 43, inside the Marshall city limits. The park has seen prior development over the years in roadway, utilities, and site locations. This development project involves balancing approximately 1.2 million cubic yards of dirt on-site along Regency Rd to create 170 acres of developable land with infrastructure at the lot line.

Marshall EDC is excited about the opportunities this land development can bring to industrial prospects.

“Texas will continue to see interest from businesses reshoring, relocating, and expanding,” said Rush Harris, Executive Director of Marshall EDC. He continued, “Marshall must be competitive to attract some of that investment. Suitable sites and skilled labor are not amenities. They are requirements.” Marshall EDC expects to see significant interest in the finished project. Large-scale lots are in high demand, particularly near interstate and rail.

Last fall Marshall EDC hired Stokes & Associates to engineer practical solutions for buildable sites. The goal was to create larger sized lots, from 5 to 100 acres in size, to rough grade so that a future prospect could begin their own development in a more rapid fashion.

“Prospects generally want to control ownership and be able to start building their own developments within 120 – 180 days of selection,” said Colin Brady, Property Committee Chairman of Marshall EDC. “Once you factor in time for environmental studies, engineering, bidding, approvals, and so on, an undeveloped piece of land will easily be outside of that window. Getting this done ahead of time, gives us a competitive product.”

A public bid advertisement with a 3 percent local resident preference was issued in May of this year. Marshall EDC utilized the 3 percent local preference in the award process. Rayford’s Truck and Tractor was recommended by the engineer as the lowest bid for a qualified resident bidder in accordance with the public bid specifications at a price of $2,649,430.

Marshall EDC approved that construction award along with contingency and management costs at its June meeting. Once construction contracts are finalized, the project is scheduled to begin this summer with an estimated completion in the spring of 2022.

Jeremy Spears, Chairman of Marshall EDC, was enthusiastic about moving this project forward.

“I’d like to thank the City Council for their approval and our EDC board members and staff for their long-term planning,” Spears said. A large-scale land development project like this has been desired and discussed for many years. The project will utilize our existing land assets to attract future investments in Marshall. Projects like this take time; but the time is right now, and we have the opportunity to develop it with existing funds.”

Marshall EDC plans to hire Stokes & Associates for construction management and to serve as the owner’s representative through the project timeline. They also plan to more aggressively market properties at the Marshall Business Park and Gateway Park to assist the objective of adding more industrial property to the City of Marshall’s tax base.