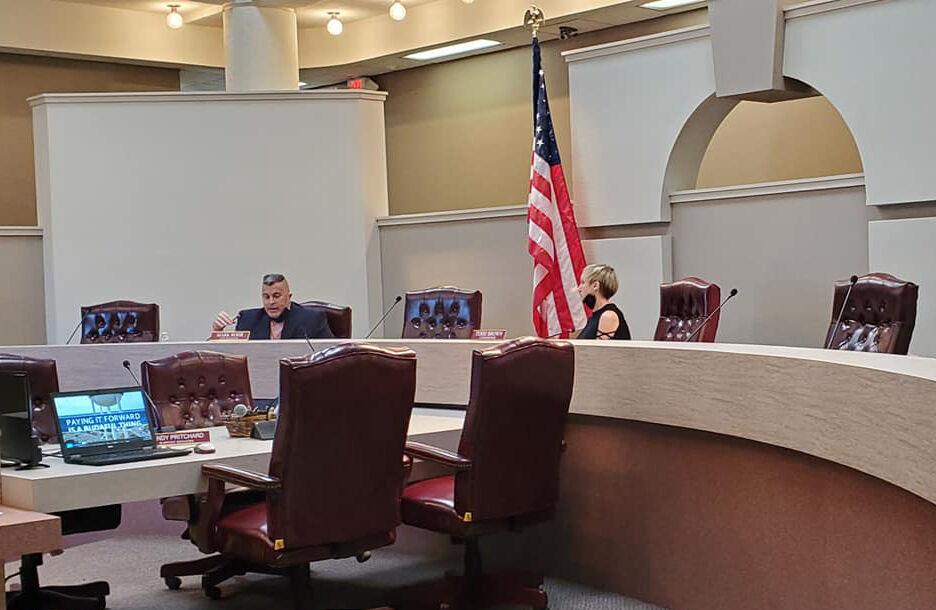 The 2020 Texas Municipal League Municipal (TML) Excellence Awards seeks out merit annually in five categories: City Spirit, management innovations, communication programs, public safety, and public works. An independent panel of judges with considerable municipal government experience reviewed all applications on the innovation, achievement of the goal, long-term value to the city and the project utilized in other cities.

On Oct. 14, TML hosted the opening ceremony to their 2020 Virtual Annual Conference. Mayor Brown and a small group of city employees viewed the announcement of the city of Marshall taking home the state-wide 2020 TML Excellence Award for City Spirit with a population under 25,000.

The award highlights any citywide effort to address a city need and supported by broad-based city efforts. In 2020, TML recognized the historic restoration of Memorial City Hall Performance Center.

In 1907, Marshall City Hall was an architectural wonder designed by Page Brothers of Austin, Texas, and built by J.H. Reddick of Fort Smith, Arkansas, for $42,000.

According to the Texas Historical Commission, the building “is an excellent example of an early 20th century Italian Renaissance Revival government building.”

Due to faulty wiring beneath the stage, a massive fire swept through the building Nov. 4, 1923. It would take a bond issue and five years before the building would stand again. Since World War I had recently ended, the Marshall City Commissioners renamed the building “Memorial City Hall.”

They dedicated the four-story building to those who served in World War I.

With the city’s growth, commissioners recognized the need for more space for the police department, fire department and city hall. Following the relocation of these departments in 1994 to more spacious buildings coupled with the completion of a modern convention center near significant thoroughfares and local hotels, Memorial City Hall eventually fell into disrepair.

City leaders and community members recognized Memorial City Hall could once again have a role in daily community life. Under the direction of the City Commission, city management, and city committees, a funding plan used significant community donations, HOT funds, and multiple fundraisers.

A partnership developed between the city of Marshall and the Harrison County Historical Museum for a new museum within the Memorial City Hall Performance Center.

The museum’s 2,900 square foot “Service and Sacrifice: Harrison County at War” exhibit uses the museum’s collection to tell the vivid stories of Harrison County residents who served in the military and the support they received at home.

The museum exhibit spans from the Texas Revolution to the Wars on Terror. The exhibit’s masterpiece is a dog tag chandelier in the entryway to the building to honor those who have served.

For over a century, this building has been known by several names, faced complete demolition in a fire, and been rebuild to stand over historical events.

With the recent preservation, Memorial City Hall Performance Center is again here to serve the citizens and visitors as a vibrant expression of the arts community in downtown Marshall for current and future generations.

“We have been able to take a project that early on experienced some challenges, made some tough decisions, pushed a little and ultimately complete it in a relatively short amount of time.

It is now an award-winning effort that will now be an asset for residents and visitors alike for years to come,” City Manager Mark Rohr said.