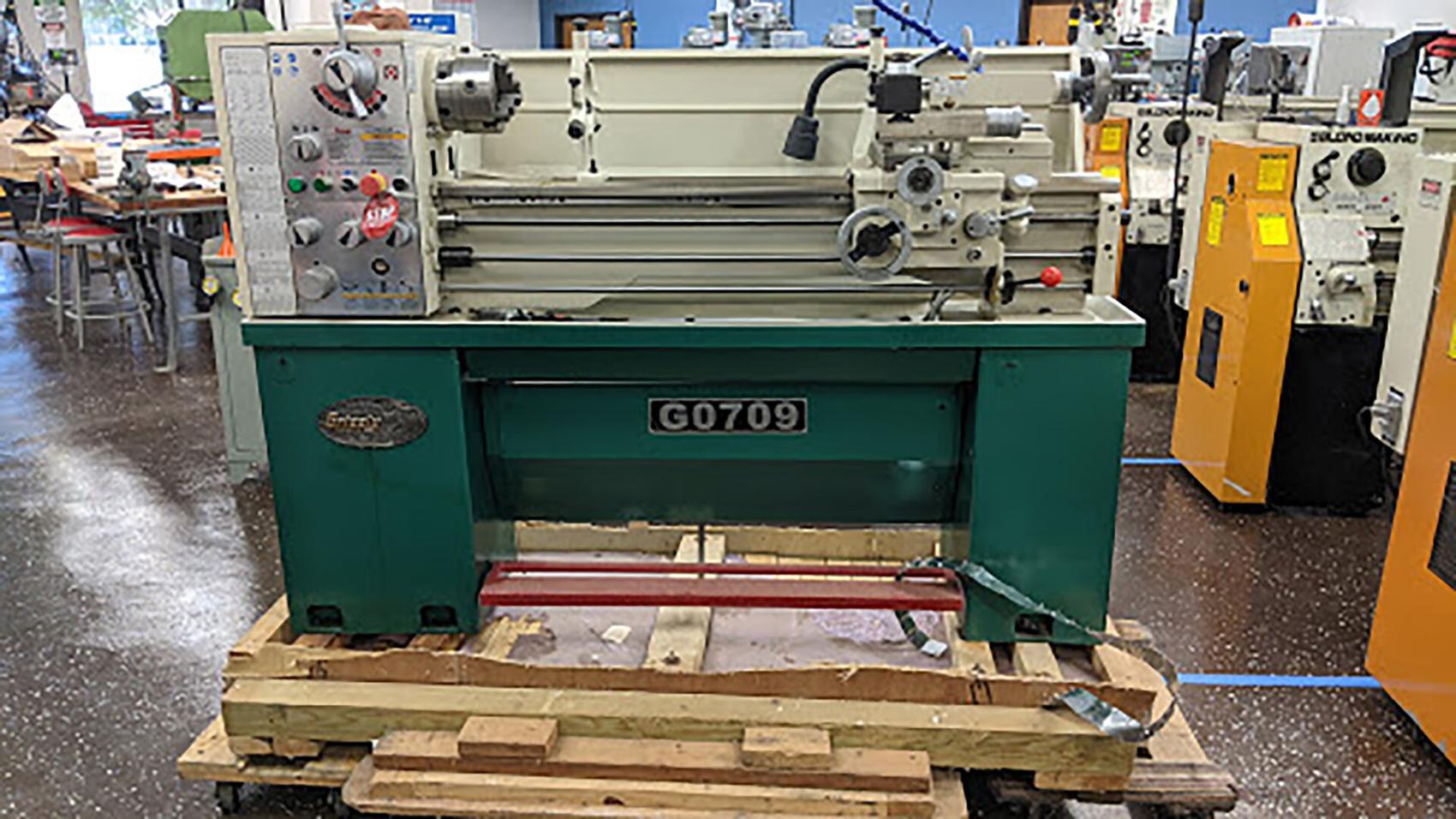 Texas State Technical College now has a tangible reminder of an alumnus, thanks to a generous gift.

Rick Berry had a heart as big as the outdoors, where he loved to hunt and fish. The resident of Carthage grew up traveling throughout Greece and the Middle East with his father, who was in the oil industry, and graduated from the American School in Aberdeen, Scotland.

Eventually Berry found his way to TSTC’s Marshall campus, where in 2009 he earned associate degrees in Computer Aided Drafting and Computer Aided Manufacturing. Later he dreamed of opening his own firearms manufacturing facility. Among his purchases for the nascent business was a Gunsmithing Gearhead Lathe made by Grizzly Industrial Inc.

But soon his dream began to fade.

“Before he was able to start his business, he started getting sick,” said his wife, Sarah. Berry died in 2018 at just 51 years of age.

Sarah Berry began looking for a new home for the lathe, which was valued at nearly $6,000 and still in its original carton.

“After he passed away and we had to move, I had no place to put it,” she said.

Her thoughts turned to TSTC. She worked with Blake Cox, The TSTC Foundation’s field development officer for East Texas, to donate the lathe to the college.

“It is a huge help to the program in what we are doing and trying to be as safe as we can,” Cox said. “It is an extra piece of equipment that will serve a great purpose. We want to let (the Berry family) know we are very grateful for this.”

“He was a big guy, and he was a teddy bear when it came to getting to know him,” Nixon said. “He had a generous heart.”

The program’s faculty will use the lathe in manual machining classes, Nixon said. He added that the lathe means more students can take classes.